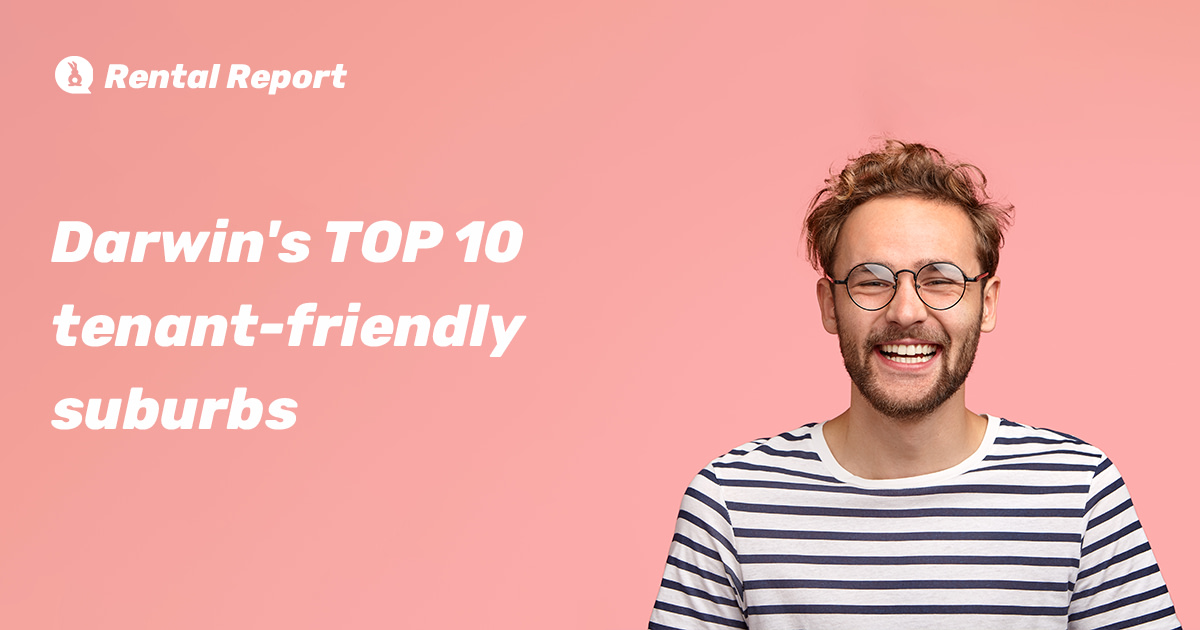 New research commissioned by RentRabbit.com.au has found Darwin’s standout suburbs for tenants who want to live in good locations but have only average incomes.

The quarterly RentRabbit.com.au Tenant Opportunity Report identifies the top 10 suburbs in Darwin where tenants can find affordable rents in decent suburbs that are within commuting distance of the CBD.

To make sure locations are tenant-friendly, suburbs are excluded if their SA3 is more than 100km from the CBD.

(The Australian Bureau of Statistics refers to a cluster of suburbs as a ‘statistical area 3’, or a ‘SA3’. SA3s often closely align to local government areas.)

(A SEIFA economic score is an Australian Bureau of Statistics measure that ranks areas in Australia according to relative socio-economic advantage and disadvantage. If a suburb has a score of 4, it means it’s in the fourth decile [i.e. 31-40%] in terms of its socio-economic position.)

That leaves a small list of Darwin suburbs. To establish a top 10 ranking, these suburbs are then ranked based on weekly rental rates (from lowest to highest).

All the suburbs had a median weekly rent of $590 or below and were located within 30km of the CBD.

RentRabbit.com.au co-founder Ben Pretty said it’s encouraging to see that tenants still have some decent options, even if the odds are stacked against them in the current market.

“Darwin’s vacancy rate has fallen considerably over the past two years, which has made it harder for tenants to find accommodation and has led to sharp rental increases,” he said.

“It’s definitely a landlord’s market in many parts of Darwin, and I’ve been hearing some really harrowing stories of tenants doing it hard, especially families on lower incomes.

“The aim of the RentRabbit.com.au Tenant Opportunity Report is to show tenants that although conditions are tough right now, it’s still possible to find somewhere to live that’s affordable, desirable and commutable.”

Renting property in Brisbane, Australia can become expensive, but there are plenty of ways to save. Click through to discover must-know money-saving tips when renting a home. Rental properties in Brisbane are not getting any cheaper, which is why spending your money wisely is essential – especially if you don’t plan to rent forever. While…

Why are my rental applications being rejected? I have been applying for rental properties, but my application gets denied every time. I don’t know what I am doing wrong. Why do I keep getting rejected when I apply for a rental property?” If this sounds like you, you are not alone. Many people looking for…

New research commissioned by RentRabbit.com.au has found Brisbane’s standout suburbs for tenants who want to live in good locations but have only average incomes. The quarterly RentRabbit.com.au Tenant Opportunity Report identifies the top 20 suburbs in Brisbane where tenants can find affordable rents in decent suburbs that are within commuting distance of the CBD. To…

Step 1 – Know Your Rights The Residential Tenancy Act 1997 outlines the rights you have as a tenant when renting in VIC. In Fixed Term Agreements shorter than 5 years the rent cannot be increased unless it is stated within the tenancy agreement and; the agreement states the new amount (or how it will…