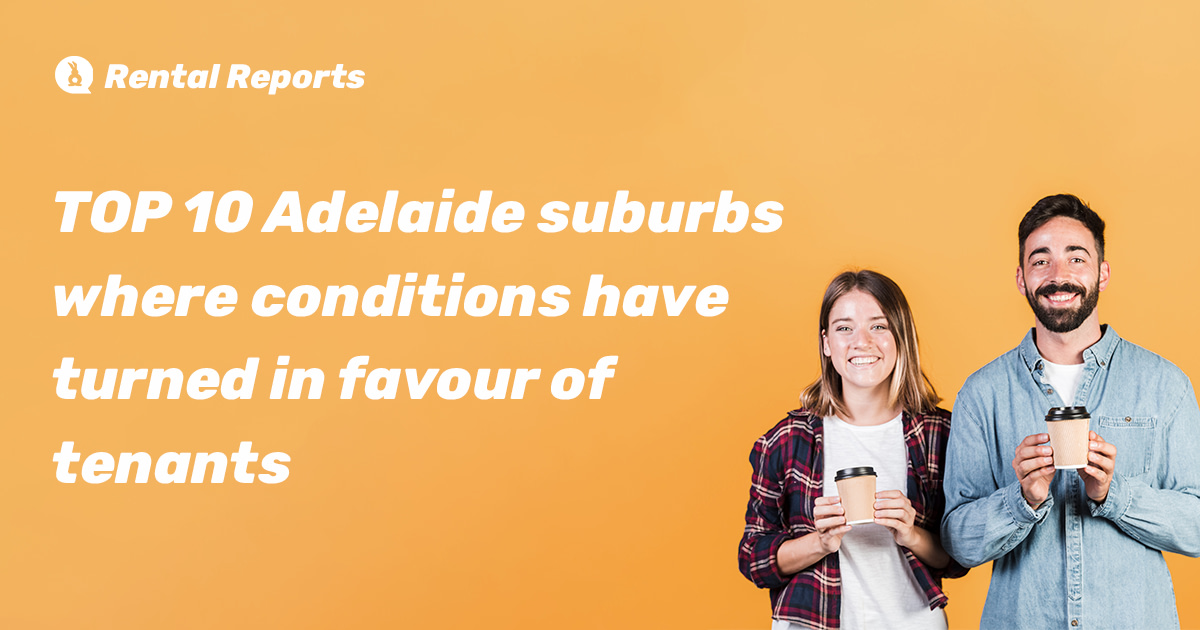 New research commissioned by RentRabbit.com.au has found the top 10 Adelaide rental markets where conditions have most turned in favour of renters over the past 12 months.

The quarterly RentRabbit.com.au Better Renting Report identifies Adelaide’s top 10 suburbs that are both suitable for renters and where conditions have turned in favour of renters over the past 12 months.

To make sure suburbs were tenant-friendly, they needed to be large enough (at least 1,000 properties) and close enough to the Adelaide CBD (within 200km).

To make sure conditions in those suburbs had turned in favour of renters, their vacancy rate needed to have increased by at least 1 percentage point over the past 12 months.

RentRabbit.com.au co-founder Ben Pretty said the research shows how tough life can be as a tenant in Adelaide.

“The RentRabbit.com.au Better Renting Report shows that Adelaide renters are able to find some tenant-friendly suburbs where vacancy rates have increased over the past year. That said, in all those suburbs, rents also increased during that period,” he said.

“This is all about supply and demand. There’s a shortage of decent rental accommodation at the moment, which means tenants are having to fight hard to find somewhere to live.

“For the sake of families and people on average incomes, I’d like to see a more balanced rental market. For that to happen, supply needs to increase, which means we need more investors to enter the market and more new builds to come online.”

4.     The house market of Morphettville (Marion)

6.     The house market of Paradise (Campbelltown)

In the old days, it was common for stores to have a living space above for the owner’s family. Housing was not as plentiful and many people lived this way until modernisation changed the housing market. Now, many of these places are rented out for additional income. It may sound like a good idea, especially…

The rental market is a competitive place. To make sure that your application gets accepted, you’ll need to know what to expect and how to get an edge on the competition. It’s important to have a good credit score, be well prepared with documentation, and maintain a clean background. If you want to be a…

Search from over 2 million properties – then save them for comparison so you don’t have to waste time at open homes.  Let’s say you’re a renter who’s just left one rental viewing at a property to go running to another open inspection. As you’re waiting in line, trying to through the door amongst 50…