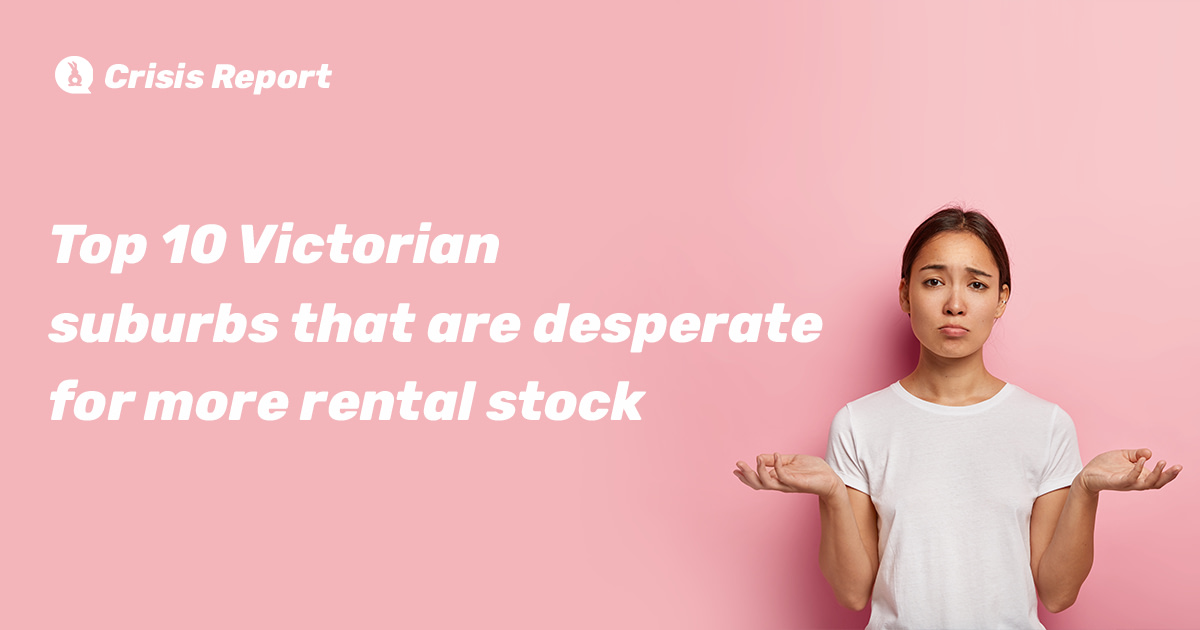 New research commissioned by RentRabbit.com.au has found the top 10 rental markets in Victoria that are desperate for more stock.

The quarterly RentRabbit.com.au Rental Crisis Report identifies the top 10 suburbs in Victoria where tenants desperately need more rental accommodation to come onto the market, because the suburbs:

The research began by analysing every rental house market in Victoria, before filtering out suburbs that:

That left a small list of Victorian suburbs. To establish a top 10 ranking, these suburbs were then ranked based on their average weekly household income (from lowest to highest).

socio-economically disadvantaged areas, they have low household incomes and it’s incredibly hard for them to find rental accommodation,” he said.

7.  The house market of Stawell (Grampians)

8. The house market of Cobram (Moira)

10. The house market of Numurkah (Moira)

New research commissioned by RentRabbit.com.au has found Adelaide’s standout suburbs for tenants who want to live in good locations but have only average incomes. The quarterly RentRabbit.com.au Tenant Opportunity Report identifies the top 20 suburbs in Adelaide where tenants can find affordable rents in decent suburbs that are within commuting distance of the CBD. To…

Renting property in Brisbane, Australia can become expensive, but there are plenty of ways to save. Click through to discover must-know money-saving tips when renting a home. Rental properties in Brisbane are not getting any cheaper, which is why spending your money wisely is essential – especially if you don’t plan to rent forever. While…

Description: Read this blog to get an in-depth view of Perth’s property management fees. Introduction: How much do Perth’s property managers charge? – One of the most common questions asked by landlords when considering using their services for rental purposes. To answer your question – there are no fixed fees. The charges of a property…