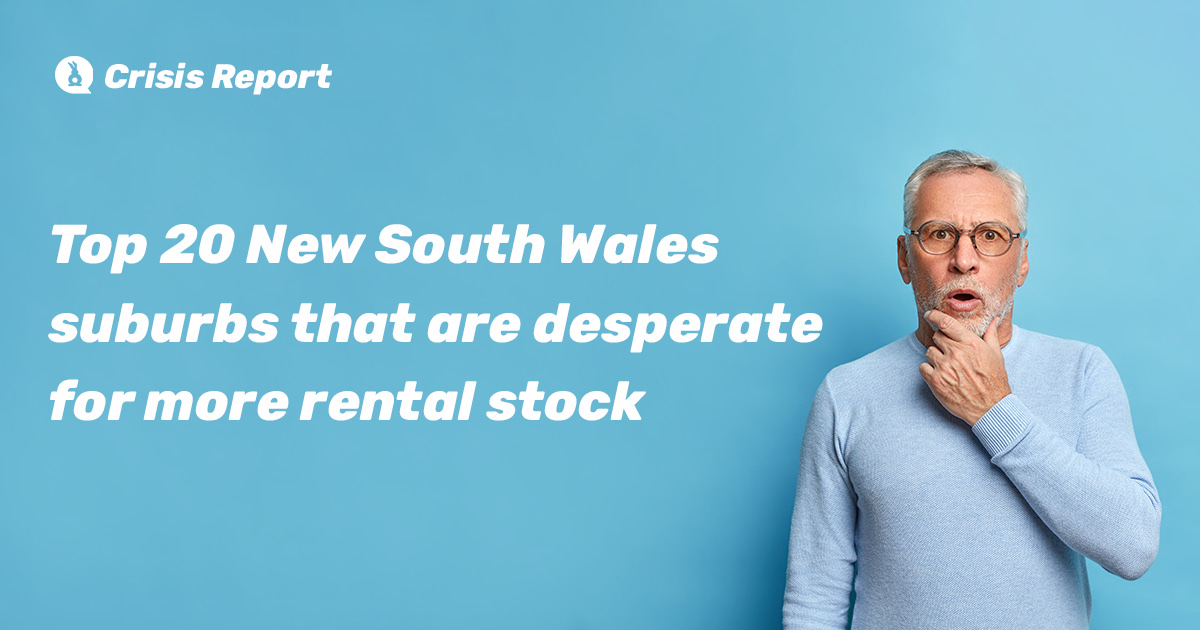 New research commissioned by RentRabbit.com.au has found the top 20 rental markets in New South Wales that are desperate for more stock.

The quarterly RentRabbit.com.au Rental Crisis Report identifies the top 20 suburbs in New South Wales where tenants desperately need more rental accommodation to come onto the market, because the suburbs:

The research began by analysing every rental house market in New South Wales, before filtering out suburbs that:

That left a small list of New South Wales suburbs. To establish a top 20 ranking, these suburbs were then ranked based on their average weekly household income (from lowest to highest).

“Many renters in New South Wales are being faced with a triple whammy – they live in socio-economically disadvantaged areas, they have low household incomes and it’s incredibly hard for them to find rental accommodation,” he said.

15. The house market of Huskisson (Shoalhaven)

Are you moving out of your house or relocating for work? Moving is always a big deal, no matter what position you are in. It marks the beginning of a new chapter in your life, especially if you are moving for the first time. You should know several things to ensure that your first experience…

Step 1 – Know Your Rights In Queensland when you rent a place to live, you will usually be asked to pay a rental bond. The rules around bonds are set out in the Residential Tenancies and Rooming Accommodation Act 2008, the bond is required to be held by the RTA (Residential Tenancies Authority). General…