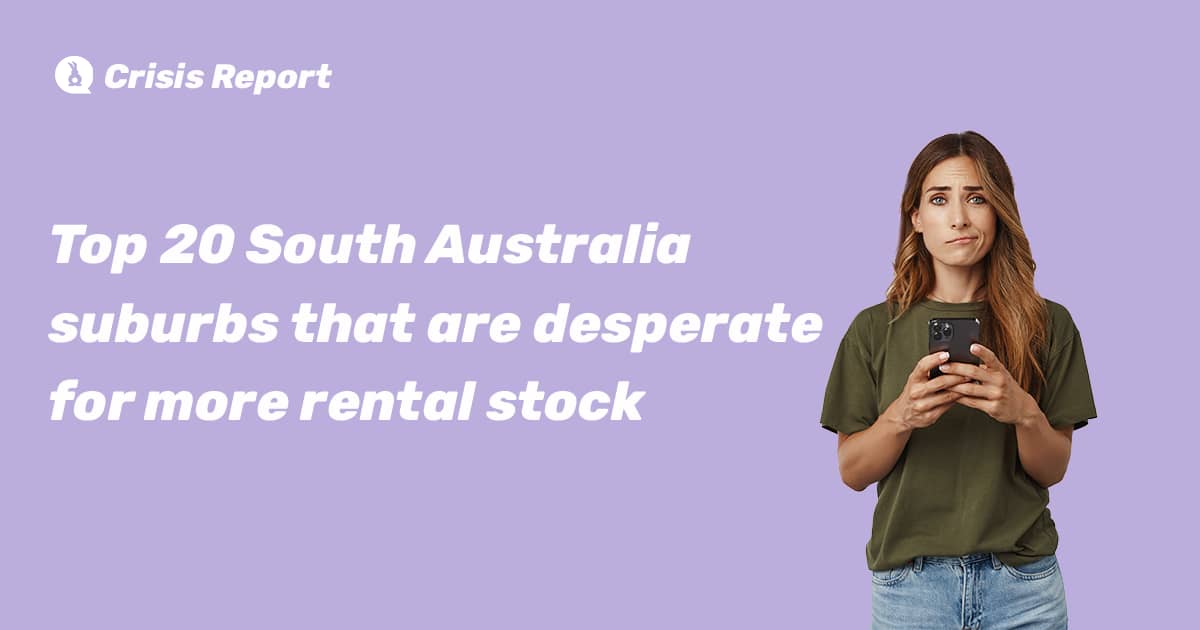 New research commissioned by RentRabbit.com.au has found the top 20 rental markets in South Australia that are desperate for more stock.

The quarterly RentRabbit.com.au Rental Crisis Report identifies the top 20 suburbs in South Australia where tenants desperately need more rental accommodation to come onto the market, because the suburbs:

The research began by analysing every rental house market in South Australia, before filtering out suburbs that:

That left a small list of South Australian suburbs. To establish a top 20 ranking, these suburbs were then ranked based on their average weekly household income (from lowest to highest).

“Many renters in South Australia are being faced with a triple whammy – they live in socio-economically disadvantaged areas, they have low household incomes and it’s incredibly hard for them to find rental accommodation,” he said.

16. The house market of Mannum (Murray and Mallee)

17. The house market of Smithfield (Playford)

18. The house market of Barmera (Murray and Mallee)

20. The house market of Waikerie (Murray and Mallee)

Search from over 2 million properties – then save them for comparison so you don’t have to waste time at open homes.  Let’s say you’re a renter who’s just left one rental viewing at a property to go running to another open inspection. As you’re waiting in line, trying to through the door amongst 50…

New research commissioned by RentRabbit.com.au has found Hobart’s standout suburbs for tenants who want to live in good locations but have only average incomes. The quarterly RentRabbit.com.au Tenant Opportunity Report identifies the top 10 suburbs in Hobart where tenants can find affordable rents in decent suburbs that are within commuting distance of the CBD. To…

How Engagement Will Transform Property Management Rental is broken. It’s nobody’s fault—but everybody’s problem. For agency owners, that means rent rolls are broken. Unhappy tenants, under-performing managers, unhappy owners—all quietly trashing your rent roll. Making you vulnerable to the next market disruptor. But there’s a new generation of solutions—and Rent Rabbit is on a mission…